When I'm away on holiday and doing my Roving Ambassador thing, I don't only visit St Mary's churches (while that's quite fun, it would soon become rather boring!). 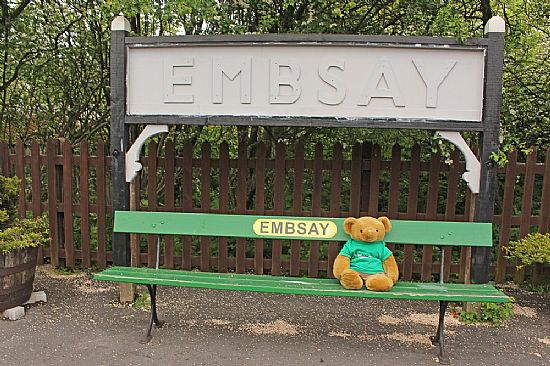 So, when I went on holiday to Yorkshire in May 2019, as a change from visiting churches (see Lancashire and Yorkshire), I travelled to a place called Embsay. I visited the church, which just happens to be a St Mary, but then I went on a very special journey on the Embsay & Bolton Abbey Steam Railway – but, even more exciting, I didn't travel on a steam train: I went on a 1903 North Eastern Railway Electric Autocar! 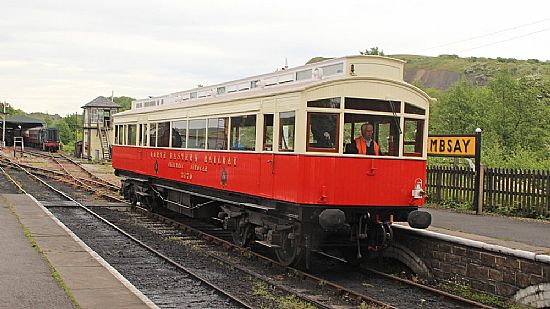 An autocar is a sort of cross between a train and a bus. It has an engine producing power for its electric motors and it runs on railway lines. Apparently, it used to be powered by a petrol engine but for some reason that’s not very safe, so it’s got a diesel engine nowadays and an impressive control panel with dials and switches and flashing lights. Unfortunately it's in a locked compartment so I wasn't able to play with it.

Uncle Les took a picture of the autocar for me so you can see what it looks like. 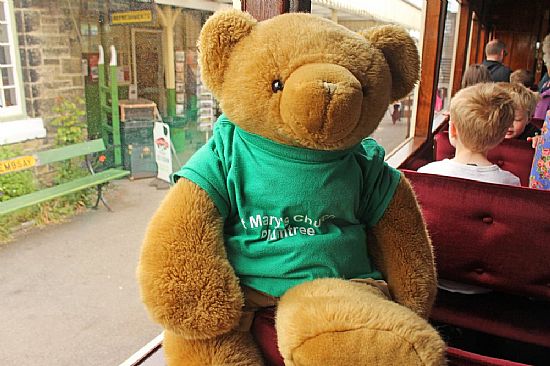 We went all the way from Embsay to a place called Bolton Abbey in the autocar and then came back again (I s'pose the clue's in the name of the railway!). When we got to Bolton Abbey, we stood up, pulled the seat back back (snigger) and sat down facing the other way.

It was all very interesting and we saw lots of sheep, a hare, and a man flying a drone which was filming our journey (so I waved to make sure he saw me). Someone said they saw an owl, but I was looking out the other window at the time and didn't see it.

You can find out lots more about the autocar, steam trains, timetables and other stuff on the Embsay & Bolton Abbey Steam Railway website. 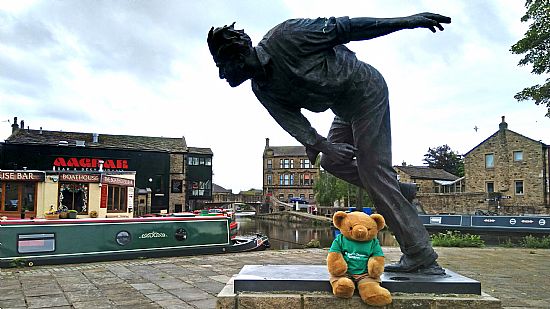 ...and as if all that's not exciting enough - here's a picture of me in Skipton (near where we were staying) sitting on some cricketer chappie's statue (if you click on it you get to see a bigger version). I did want to sit on his head 'cos I thought it would look much more fun in the photo but it was all damp from the rain, and also a bit pigeony.

[The statue is of Fred Trueman, the Yorkshire and England fast bowler, who lived in Skipton for many years. The statue is sited next to the canal basin and was unveiled in 2010, Big Ted].