Many people have admired my clothes as I travel the country. I like to think I am a suitably suited sartorial bear! Unfortunately, it didn't start off that way.

When I first became aware of living in the Children's Corner at St Mary's Plumtree, I was (big gasp) a bare bear! I know, it's dreadful. There I was living in a church and running around with nothing on!

I soon put a stop to that though and ordered up a couple of T-shirts to hide my shame. So now I had two T-shirts, one in green with white writing and the other in white with green writing. They said "St Mary's Church Plumtree" on the front and "Big Ted" on the back, in case I got lost or forgot who I was.

It soon became obvious that I required another crucial bit of apparel - trousis! If you've ever sat on a damp wall, or in a holly hedge, having your photo taken with a bare behind (snigger, "bear behind" - old joke of the ursine variety) you'll know exactly what I mean. So Auntie Fiona managed to snare me a couple of pairs of rather snazzy trousis to keep my bare bear behind covered (or as I like to say, "... my bare bear behind unbare" [I don't think that's a word, Big Ted]!).

I then had to make some adjustments to my T-shirts 'cos they were a bit long and always had to be rolled up or they looked like dresses (which made Little Ted snigger and fall off the pew).

And then finally, I was given a lovely present - a stripey cardigan made especially for me. It's lovely and bright and kept me warm in St Mary's when the heating was off (most of the time) and when I was out and about in the winter and inclement weather (again, most of the time).

These pictures show the various stages of my wardrobe as it built up (I've not added a picture of me without any clothes on at all - that would be rude). There are some hats as well, the notes underneath say it all. (Click on a picture to see a bigger version and some more notes - sometimes.) 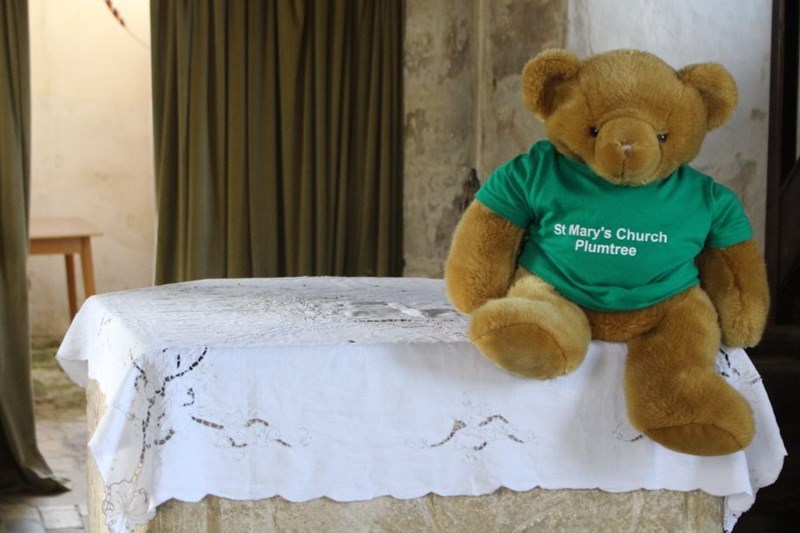 Green T-shirt with no trousis! You can see how the T-shirt is all rolled up too. 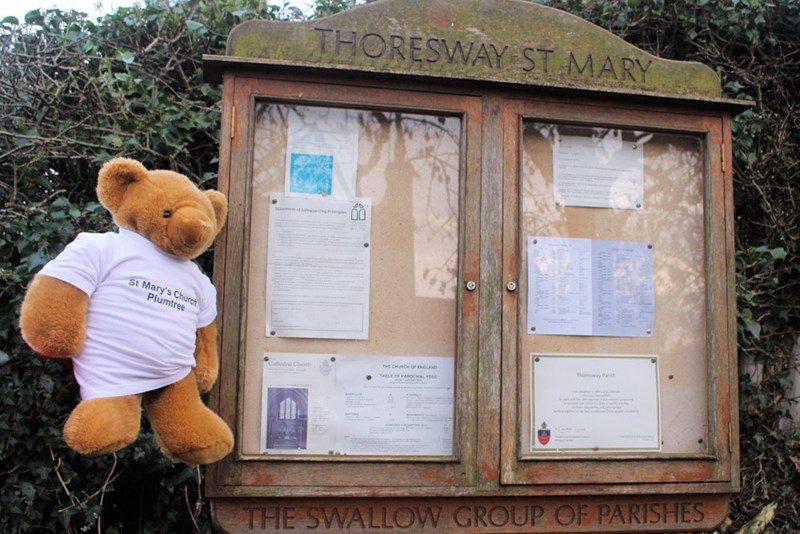 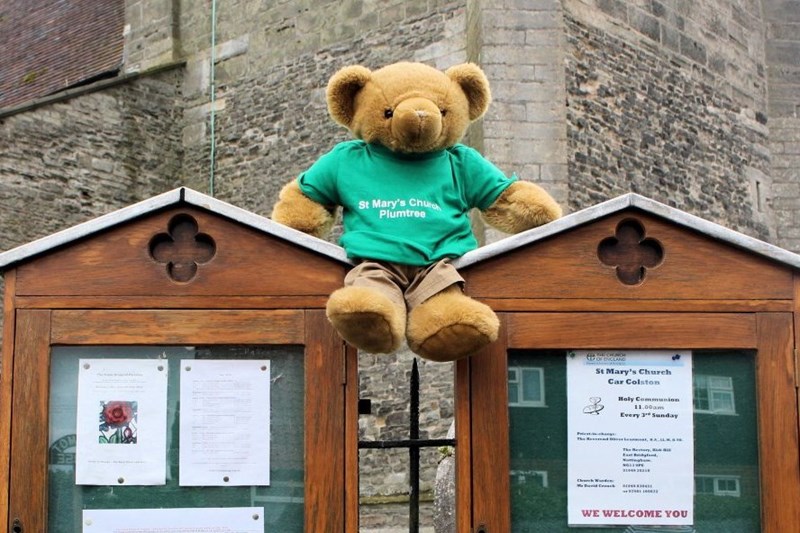 Nice khaki trousis, but the T-shirt's all bunched up and still looking scruffy 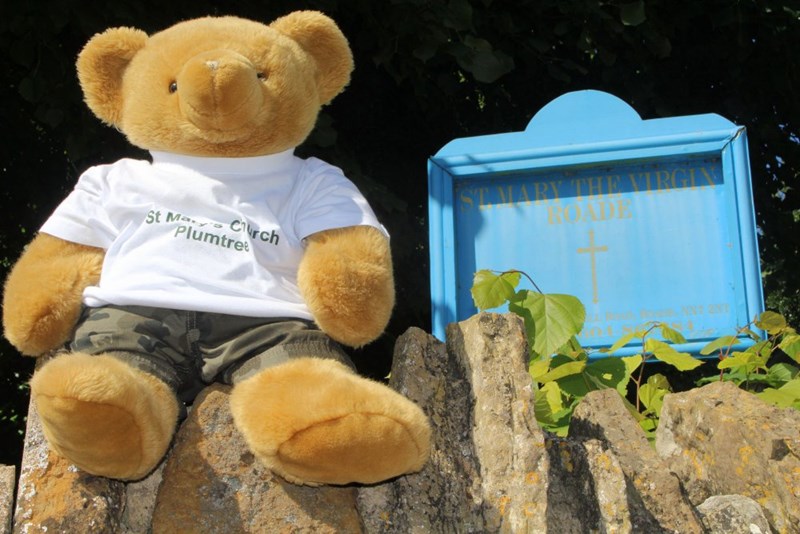 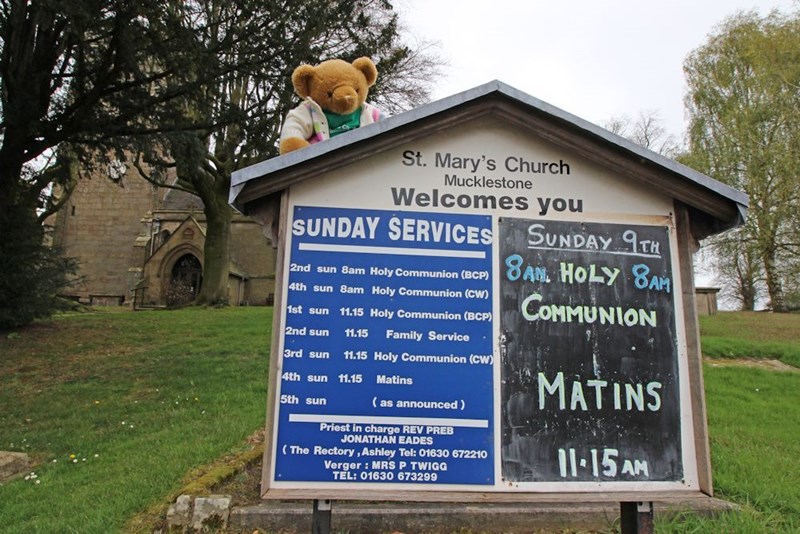 This was my first outing wearing my new cardigan... Shortened T-shirt - that's so much better 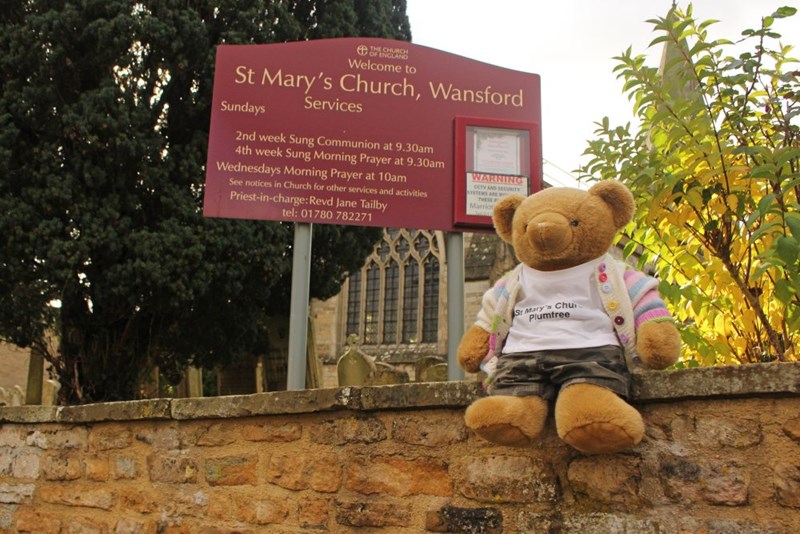 If it's very cold, I have been known to wear a woolly hat to keep my admirable ears warm... 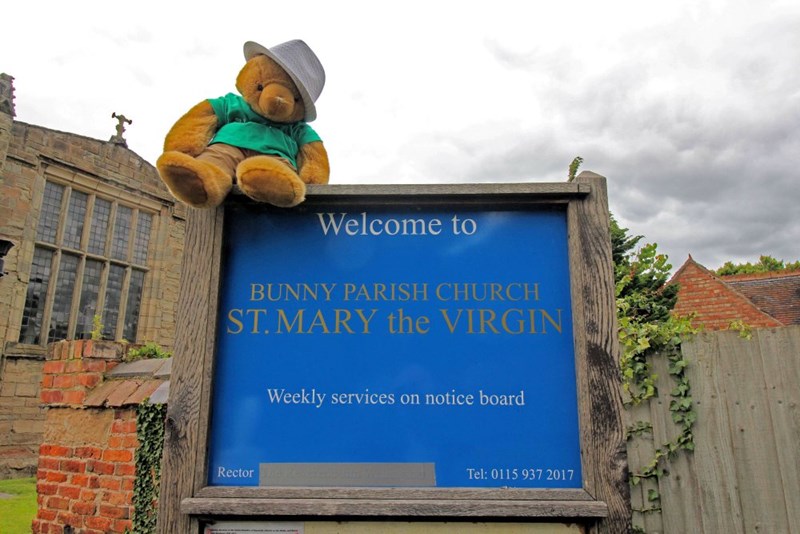 ...and this hat is definitely going in the bin! 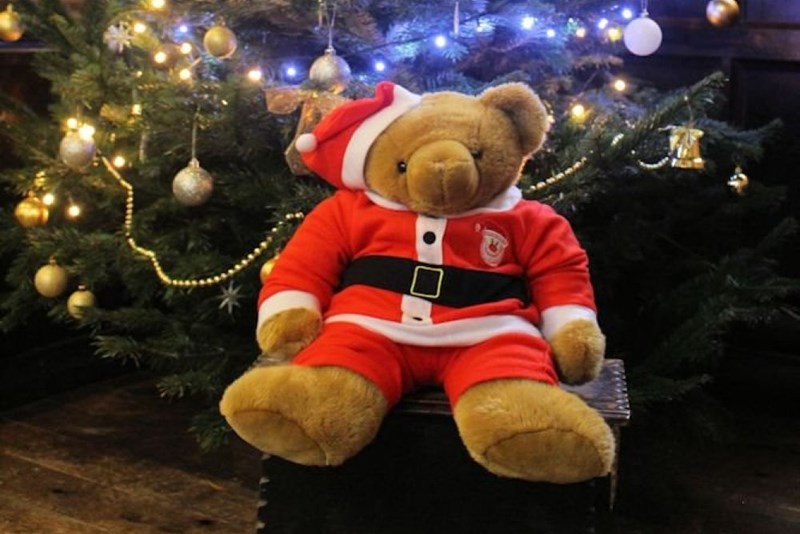 And the least said about this the better. 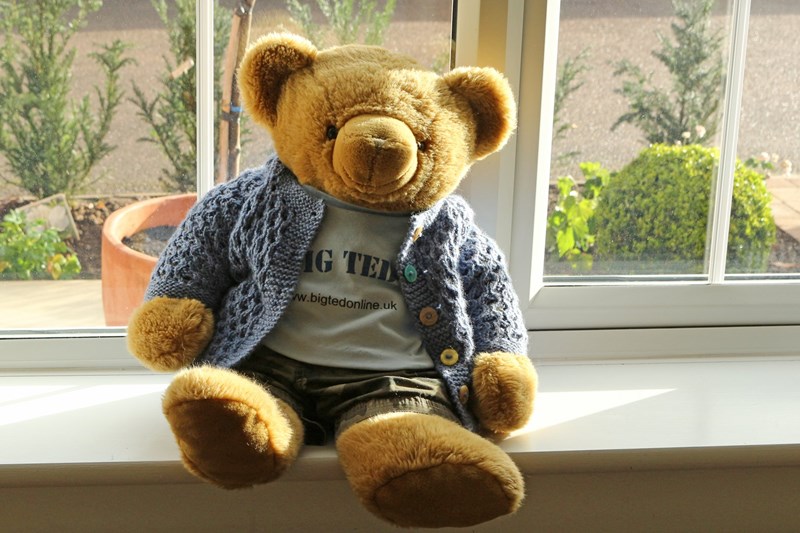 ...and me wearing my splendid new, blue cardigan...

I know I wasn't going to say much about the Santa Suit - but really! It was horrible and made my splendid fur all staticky.  The hat just drooped over one of my admirable ears and didn't fit at all. Also, Auntie Fiona said it was flammable and so I wouldn't be allowed near any candles when wearing it. (Mind you, I'M fairly flammable myself and wouldn't want to go on fire).

In the end, after me throwing a huge strop about ever wearing it again, the Santa Suit was taken outside and we tested its flammability - it was, very!!  It's gone now, hurrah!!

P.S. Now I've moved to Kib I've updated my wardrobe with three new T shirts all with my name on them. They're in white and grey and blue and are very smart. I've left an old T-shirt, one pair of trousis and my old cardigan behind at Plumtree so Big Tod can use it - as an Antipodean bear he feels the cold much more than me. Auntie Fiona is attempting to knit me a new cardigan - I've heard some rude words so I don't think it's going too well!

Update: I got the finished cardigan for Christmas 2021. It is lovely and very cosy. You can see it in the last photo in the gallery above.