I've visited all these lovely St Mary's Churches in Devon and Cornwall (well, mostly in Devon, only one in Cornwall). Click on a picture to read a bit more about the church (and maybe see more pictures of me!). 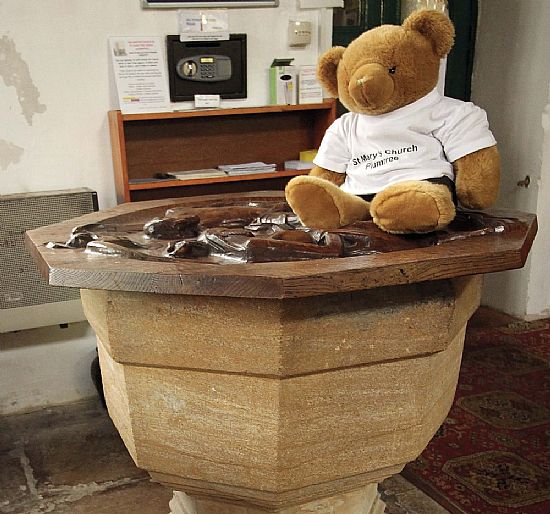 This St Mary's is in the middle of the town and is actually a Minster (like Southwell).

When I was there, a market was going on in the street outside and they were getting the church ready to serve lunch and then they were having a concert, so I couldn't stay long (just long enough for a photo opportunity). 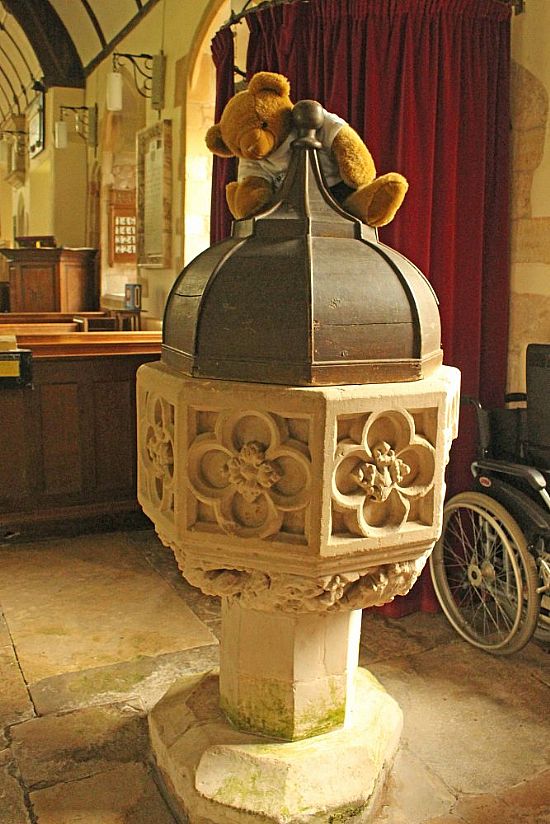 Well I couldn't miss out on a village with "bear" in its name could I! And it has a St Mary's too, which is nice (but it doesn't have a very impressive notice board).

I had to hang on tight to the font cover at this one. 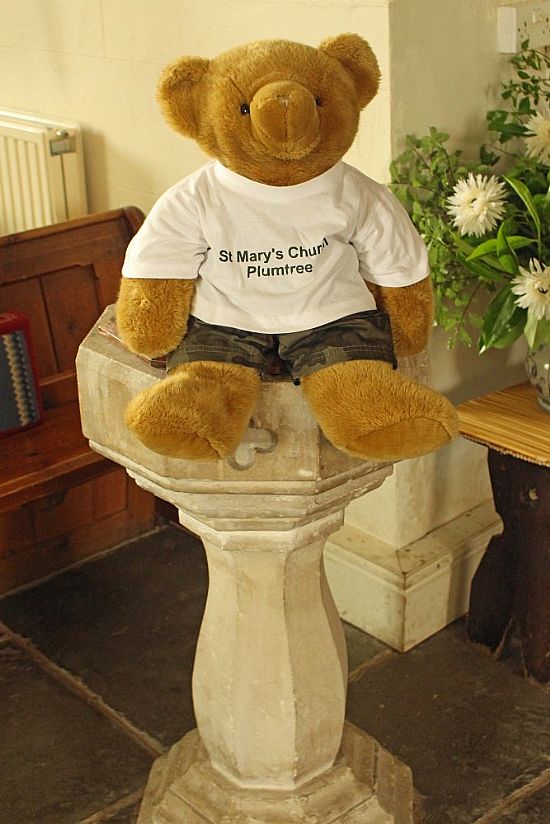 This is a bit of a funny name for a village, but it's a very nice place for a St Mary's church.

It was a bit tricky getting to this St Mary's church as a road was closed and there was a diversion.

Then when I finally got there, I found the church was locked which was a shame. 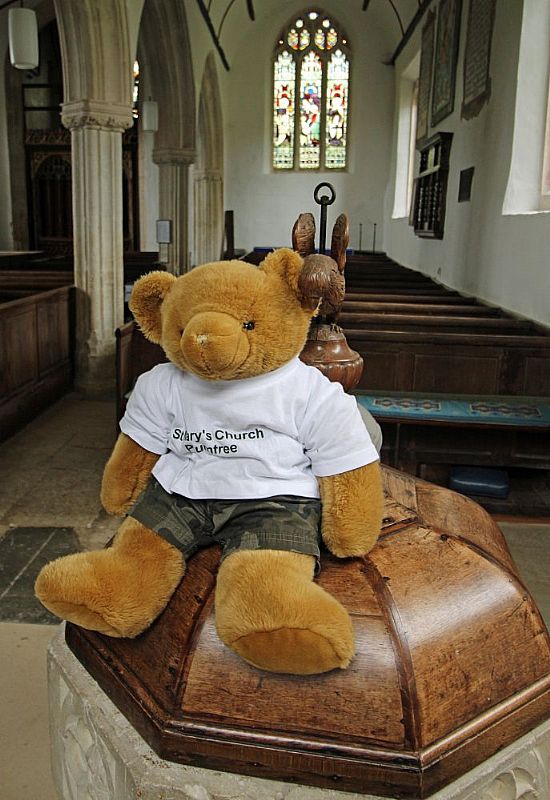 This is a lovely church and I met a really nice man here who showed me around and told me all about it.

The church has some really old bits but the man said they were actually bought from other churches and installed by the Victorian Rectors. There were seven Rectors who were all from the same family [Their surname was "Copleston", Big Ted].

The font cover was a bit slippy though! 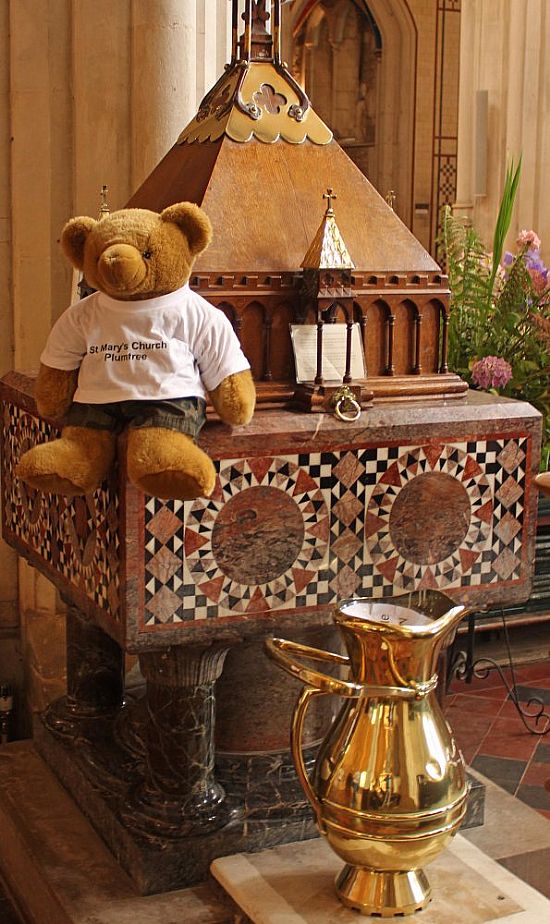 This is a very big church indeed. It has a really splendid font and font cover; I think it must be the smartest font on which I have ever sat (on). I met a really nice man who told me a bit about the history of the church; it was built by a bishop.

I didn't see any otters though which was a bit of a disappointment. [The town is named after the River Ottery, Big Ted]. 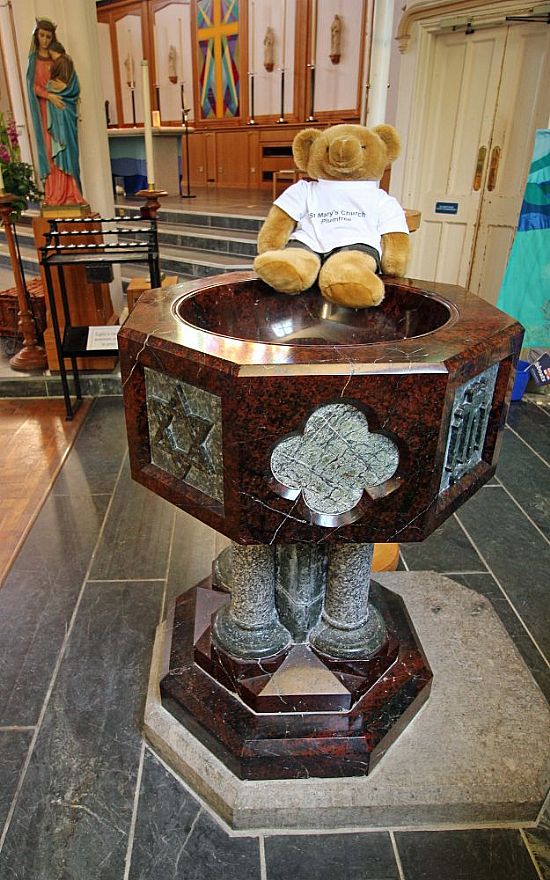 Isn't this a jolly notice board! And a rather nice font as well.

There was a very nice lady in this church who told me about all the changes that had been made over the years.

It was even more tricky getting here as another road was closed and I didn't know if the diversion was for this village or for Huxham (98).

I got there in the end but again the church was shut. 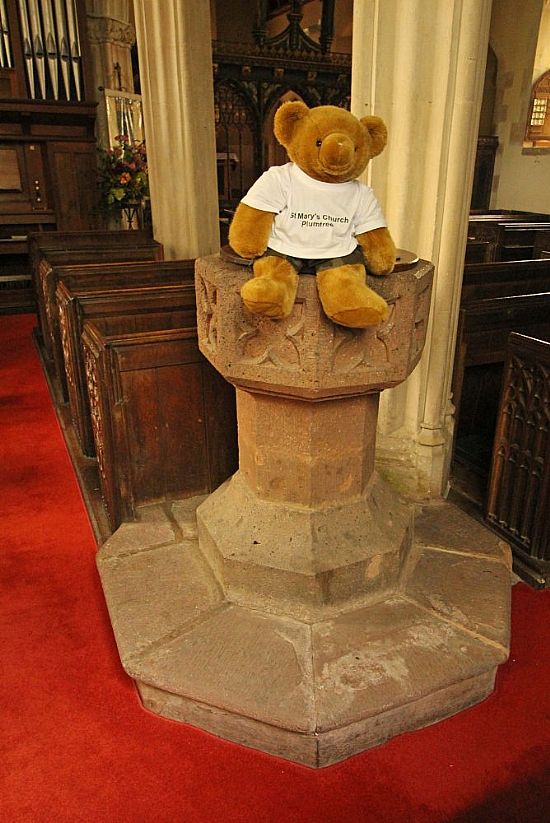 This is a nice church on the main road (so it was easy to find). I went inside and had a font photo taken.

This church had a very old alms box at the back near the door, but they didn't use it anymore (I think they'd probably lost the key!). 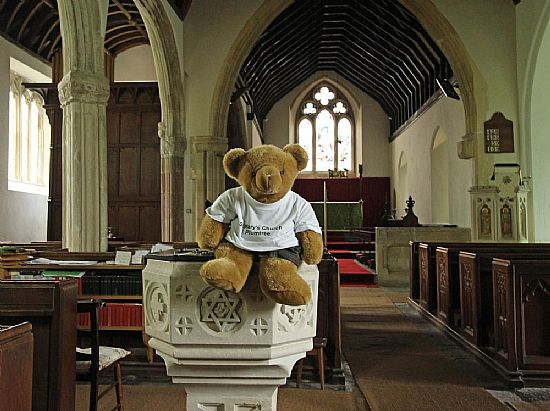 My hundredth St Mary's church and it's in a village they've named after me! [I don't think that's quite right, Big Ted].

I had a celebratory photo taken on the notice board and on the font.

This is another place where they've got the name of the church in the village name. That seems to be a bit of a habit in Devon! 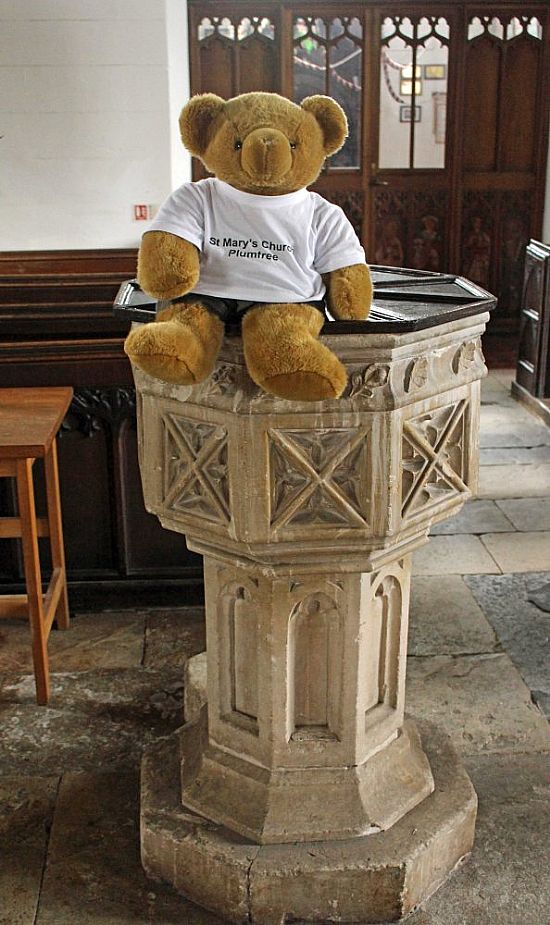 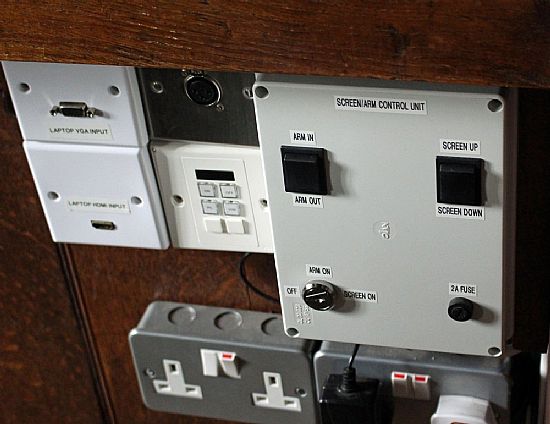 There was scaffolding up on the church tower here, but I was still able to go inside.

There were lots of bibles in the pews here and also a projector with a screen that was controlled by the person (or bear) sitting in the front pew (think of the trouble I could cause pressing buttons!).

This is a very, very small church.

I think it's a St Mary's 'cos Uncle Les looked it up on the interweb, but it doesn't say so on the notice board. It was locked up as well so I couldn't check inside. 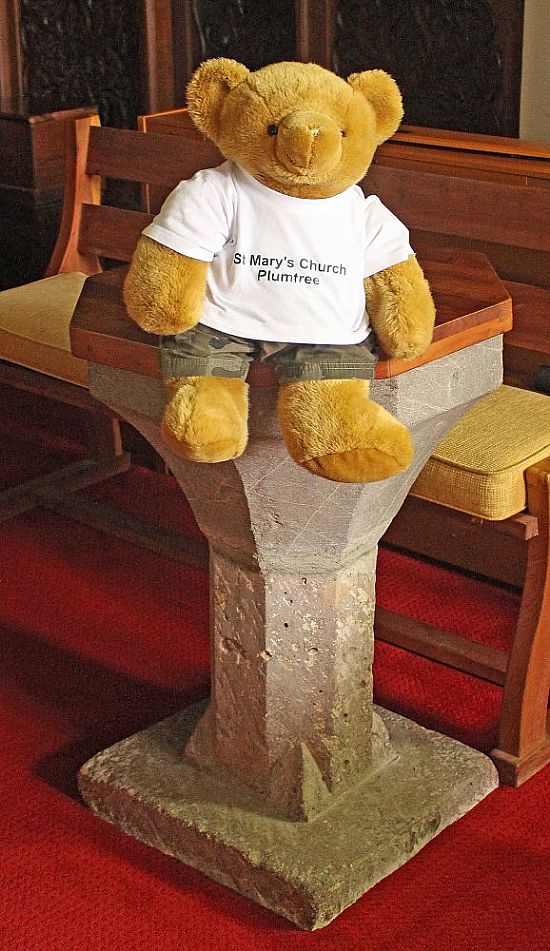 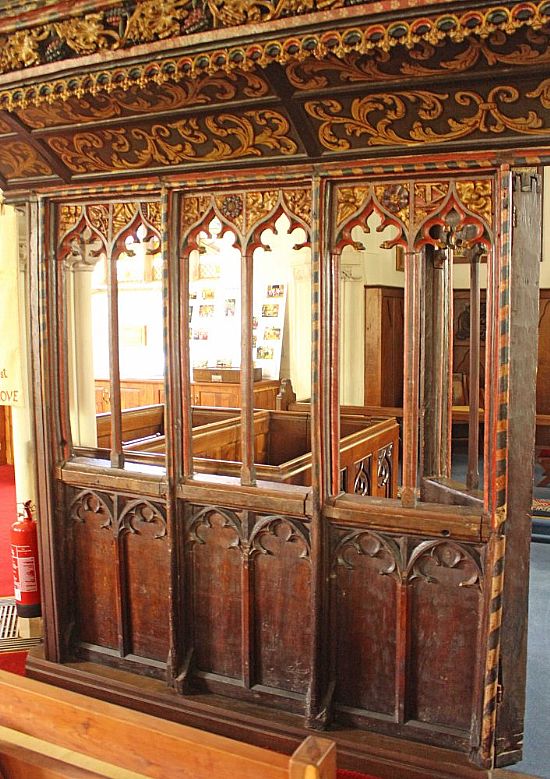 Back from Cornwall into Devon for a final St Mary's. There were lots of modern pews in this church, all donated by parishioners.

They also have a really interesting rood screen that was made in the 1400s (that's a really long time ago). I wonder if Mr Bodley or Mr Garner saw it 'cos it's quite like the one in MY St Mary's.