I've visited all these lovely St Mary's Churches in Worcestershire. Click on a picture to read a bit more about the church (and maybe see more pictures of me!). 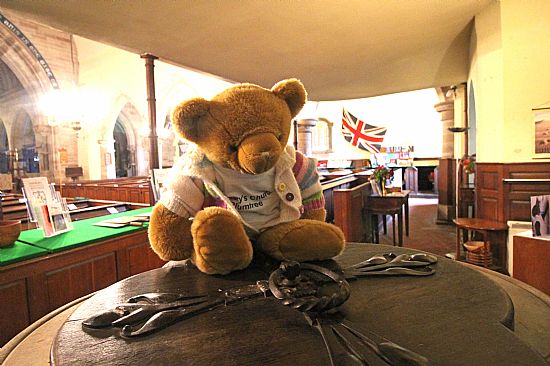 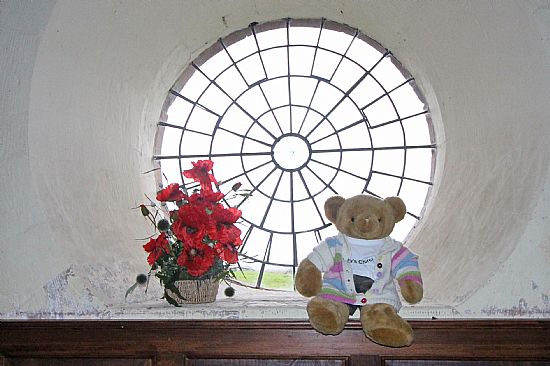 This St Mary's is on the top of a hill, but fortunately we weren't walking to it as that would have been tiring (I've only got little legs). I met a very nice lady here who was doing the flowers. She took my photo so she could show other people that I'd visited.

The church is open every day and they leave tea, coffee and biscuits out so that the people who've walked up the hill can make a drink! I wasn't allowed near the biscuits (there weren't any CusTED Creams anyway [snigger]).

Uncle Les took my photo on the font and in front of this rather nice round window in the porch. 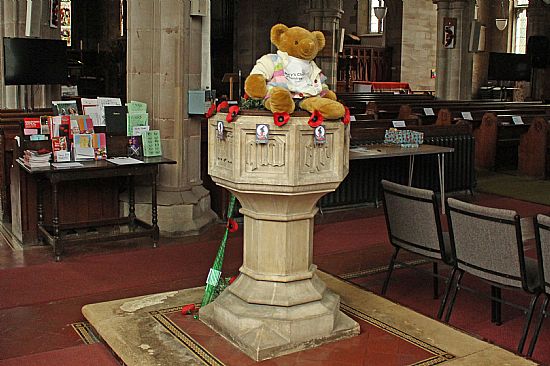 I didn't see the noticeboard here, but there was a rather nice gate to sit on. I went inside to look around and saw they were going to have a Christmas coffee morning - every pew had a notice on it asking for cakes and mince pies (Auntie Pauiline, take note!). 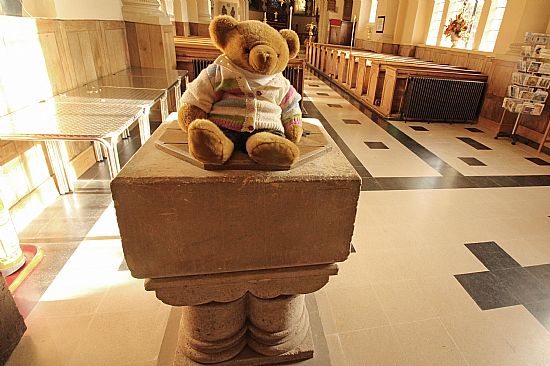 This St Mary's didn't have a sign outside, which was a bit unfair, but it did have a rather nice wall to sit on.

Also it was open, so I went in. It has a nice square font and a rounded bit at the East end, called an apse. 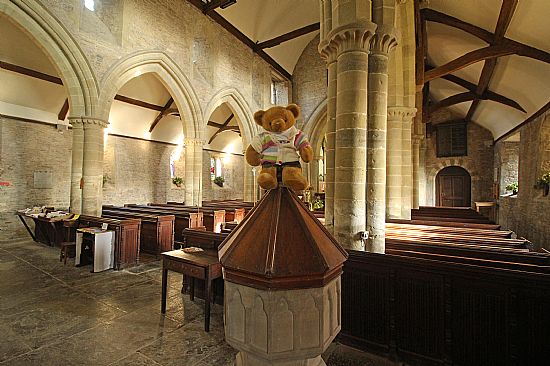 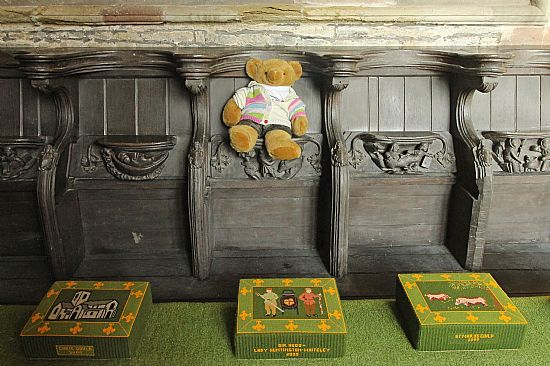 St Mary's in Ripple is really nice and is open every day. It is called "the biggest medieval church in Worcestershire" and has a splendid set of things called misericords (I had to have this word explained to me – they're sort of half seats that you rest your bottom on when you're supposed to be standing up and singing. That sounds like a very good idea!). I had a sneaky sit on one to check it out (see right) - it works!

I had to hold on really tight to stay on the font cover for my photo (see left). 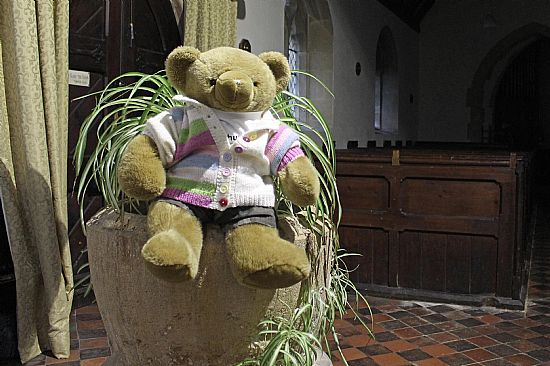 I was quite excited when I heard we were going to Wick 'cos I haven't been to Scotland yet, but then it was explained to me that there are quite a few villages in the UK called Wick and that we were visiting one near Pershore in Worcestershire and not the one in the north of Scotland. At least it wasn't a long journey.

It was quite funny inside because the lights were on a sensor and Auntie Fiona kept having to walk to the door and back to keep them on (it also explains why I'm a bit of a funny colour in this photo, Uncle Les kept muttering about something called "white balance"). I also had to share the font with a spider plant - luckily there weren't any spiders in it.