2019 was a fabulous year for me to get out and about and see new things. Not only did I ride on an Autocar (see An Interesting Journey) but I've also been on a train and on various trams! I wrote all about it in my diary and thought you might like to read it, with additional photos of ME! 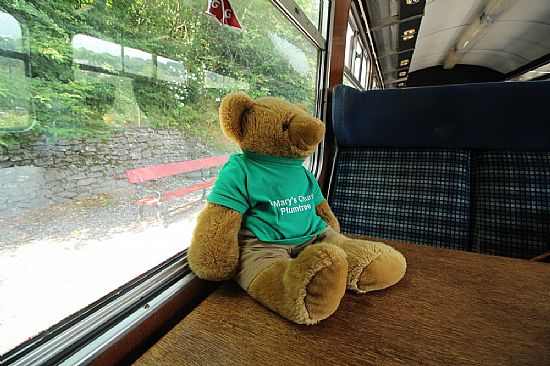 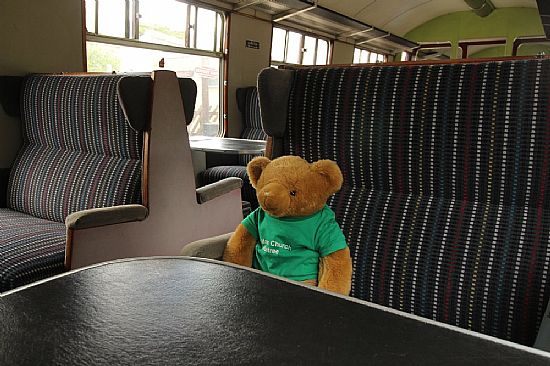 Today I went on a train, it was really quite exciting. It had a diesel engine at one end and a steam engine at the other end. The steam engine made a lot of thick, black smoke (I made sure to keep well away from that; I didn’t want to get my splendid fur grubby).

The photo on the left shows me at the Peak Railway station at Matlock waiting to go to Rowsley, the photo on the right shown me at Rowsley station waiting patiently to go back to Matlock (before anyone asks, we changed carriages at Rowsley, that's why it looks different). 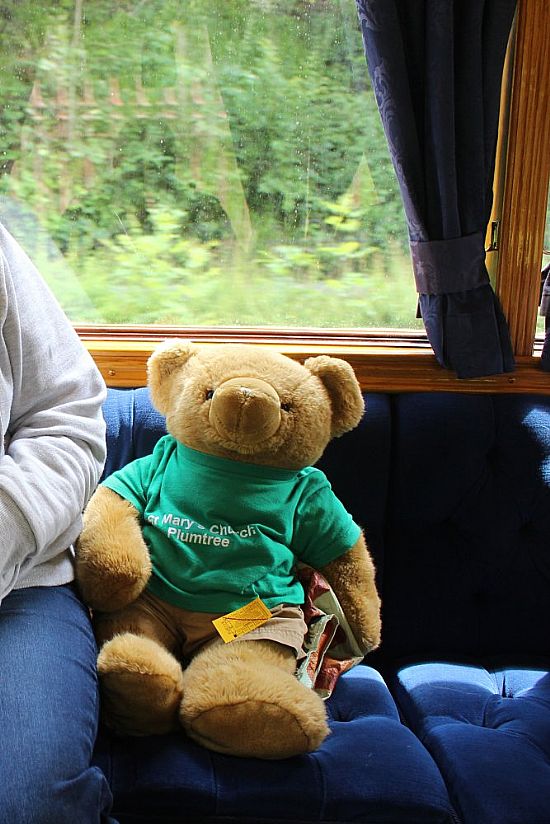 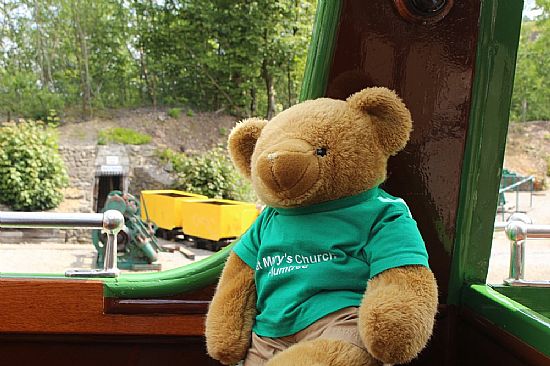 Today I went on a tram. Actually, I travelled on three trams at Crich Tramway Village (I also sat on a couple more to have my photo taken)! It wasn’t nearly as smoky as the steam engine but it was just as much fun. The conductor gave me a lovely yellow tram ticket all for myself (I think it goes rather well with my splendid fur).

One tram was very posh, upholstered in blue and with big tassels hanging down (see photo on the left - London United Tramways No. 159; and me with my ticket).

In another tram we sat outside (photo on the right - Blackpool Corporation No. 236), but fortunately it was quite sunny. The most exciting part was when we came down from the top of the hill at speed and I hung on really tight and went “Wheeee!” 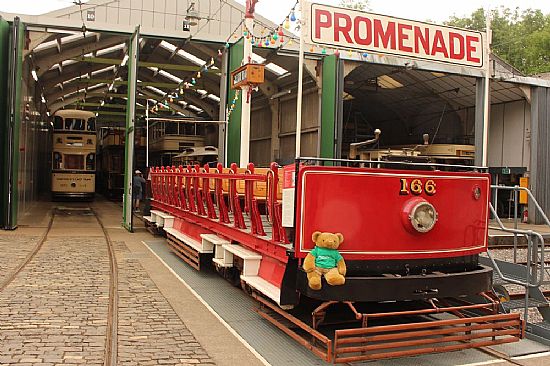 Then I had a good look around and found a really big shed where the trams sleep. There was one tram sitting outside in the sun so I sat on the front.

The bottom photo on the right shows me sitting on the front of the Blackpool "toast-rack" tram (it's properly called Blackpool Corporation No. 166).